How to Manifest Faster 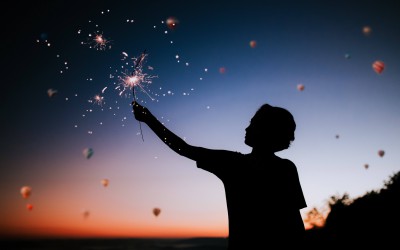 How to Manifest Faster

Transcript of this episode

Hi there, this is Nicole Gayle, in today’s conversation I’m going to talk about the space between what you want, and then having it show up in reality.

When we are trying to manifest we start with an idea or desire of what it is that we’re wanting, and most often it’s very difficult or challenging for us to get from the space of the desire into the space of creating it in our physical reality. The in-between space is what a lot of people find very frustrating, the in-between space of not having is where a lot of people tend to land in at times, or perhaps has a pattern of not necessarily coming out of that space, of not actually creating what one wants, or what one desires. Sometimes it could be very frustrating when you want something, and you feel as though you don’t have the power to create what you’re wanting.

Now, when it comes to trying to manifest a new timeline, or manifest along a different path, the idea that most often we are programmed is that we’re going to create from all of the beliefs, the concepts, the philosophies, and the things that we’re handed down; Our stories, our ideas, our paradigms, our beliefs, our systems, our concepts, our philosophies, etc.

Most often what many people are trying to create with – they’re trying to create something that they’re wanting from a system that does not have the power to give them what they want. So, this is very important for you to perhaps write it down, this is a really important eye-opening reality, or awareness that you may be having now.

So, if your system itself, and if your programming is running on a certain level of frequency, for example: Your inner is running on lack, its running on scarcity, its running on a belief that you are not worthy, and so on and so forth, then you’re trying to create a timeline from that layered body system. What you’re going to find is that your desire manifested, or it coming into your physical reality is going to be more difficult for you, or perhaps you won’t necessarily even get what you’re wanting.

In order to manifest something that is a desire into a reality, you’re going to have to come into a completely new path way, or a completely new system in order to get that thing that you’re wanting. You cannot use the old ideas templates, frequencies, beliefs, actions, and blueprints to get a reality that’s different.

Using a reality that is broken cannot create a reality that is whole, what you’re needing to do is to create an internal reality of wholeness within yourself, that is the bed work from which this idea can spring from to then see it manifested into the actual physical reality, because if the actual environment that you’re trying to create from is not from a space of wholeness, often times what you’ll just see is this brokenness in your external reality that just keeps showing up over and over again.

This is a huge way in terms of how you bridge the gap. To bridge the gap you’re going to have to go back into creating the environment that will support the new reality, it’s a really amazing process, and sometimes it’s a slow and step-by-step process, because you’re going into recreating an environment that might be different from what you’re used to in order to see you bring forward into reality this new thing, or this things that you’re wanting to bring into reality. For this thing to come into your reality and support it, and to be sustained in your reality, you’re going to have to create an environment that helps to fuel and to help it live in that space where it is integrated and sustained.

One of the ways to do that is through vibrational alignment sessions, and it will help you create the vibration at the soul level by rewriting new agreements and creating a new contract, so that you’re able to create the environment that is going to help you to manifest more of what you’re wanting, because now you are aligned in a deeper space than being out of alignment and then trying to create.

Often times the gap that most people are facing is that they’re out of alignment and they’re trying to create. In vibrational alignment sessions you are able to come into alignment, then you can create, so that’s sort of one of the steps forward into that.

I’d be happy to have a conversation with you, feel free to message me on Facebook, or send me a private message at [email protected] so that we can share more on how you can get started in a vibrational alignment session in order to bring you more into that space where you are now creating the environment, you’re bridging the gap between what you want and then what you want to see show up in your physical reality.

Also, think about what would it be like for you to learn a new way of being and to function, and to access consciousness on a completely new level, on a completely new vibration that you have been operating from before. What would it be like to raise your standards and to come into new levels of awareness with how you are truly creating and how would it feel for you to be even more harmonious with what it is you’re wanting to create, to remove the negative imprinting programs, patterns, thoughts and ideas that causes you to feel blocked and stuck with what it is you’re trying to create in your life.

Until next time, thank you so much for listening, and I’ll talk to you soon.